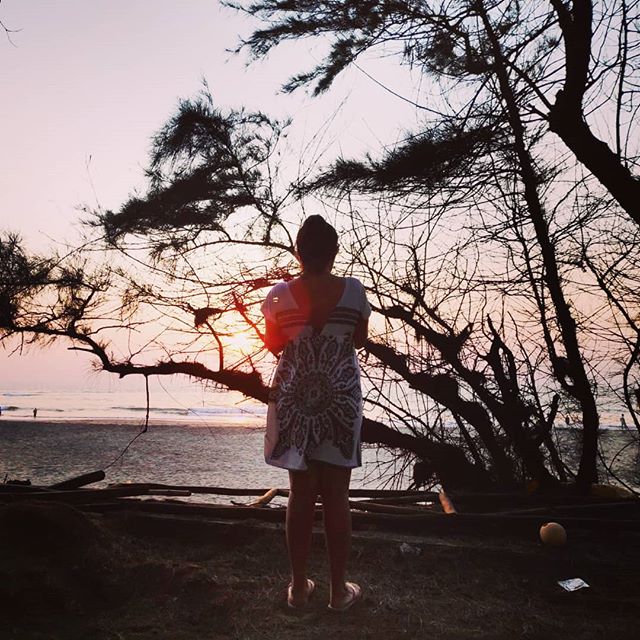 After having spent about a little more than a week in this new abode at Konstanz, we had someone over tea( which was prepared by the only Indian Chai specialist in our house) this morning. They are an English speaking German Family, who not only love the taste of Indian food but also the aroma of the spices. The moment they entered the house, the smell of the Indian Chickpeas curry (which I had prepared after giving it much thought – as, normally the smell of Indian food is just too discomforting for many Europeans) had made it’s way to them wafting through the corridor, and they exclaimed in delight – ‘ The food smells so good’.

We smiled instantly and said – ‘Welcome home’. It indeed is their home. They are the owners of this house we have taken on rent. Their visit wasn’t as casual as it may sound. What brought them here was a small incident that took place the day before yesterday. We had prepared ourselves for the conversation that would follow thoughtfully – despite the fact that we had no role to play in the mishap, we weren’t sure of the repercussions – having borne the wrath of few of the landlords in the past and having heard some awful stories of how some of the other Indian residents were mistreated ( owing to variety of reasons – smell of food, disposing of trash, maintenance of the house etc), by their German landlords here in Konstanz, we were anxious.

Cut to ‘Day before yesterday‘

Warming upto an unsually slow morning, with nothing important to achieve, except the diaper free day ritual, it was time for lunch quite sooner than expected. I was just halfway through, that I heard something like the sound of water running from a tap, falling from quite high above the floor. For some strange reason, I took it light, assuming that the sound was coming from inside the washing machine, that I had switched on about 30 min ago. Little did I know that this assumption would make me pay back heavily, for the following few hours. And you know, who I had with me, to make me panic any lesser in a situation of crisis that was looming above me– my 2.9 years old daughter, Mayra.

I made my way towards the bathroom in from the kitchen, but I was force-stopped at the mouth of the corridor- that runs like a spine through the center of this apartment, by a mini-flood – that was rushing and making its way, quite aimlessly- just everywhere possible. The sight of it itself was so intimidating that I had kind of given up already, in my head – I kept telling myself that I won’t be able to stop this no matter what.

Regardless of what my mind was up to, I walked inside the bathroom and tried to fix it, with common sense. It was evident that the water was overflowing from the washing machine. I tried closing the tap which is connected to it, but the cork was broken. The only way out was, to stop the water from rising up to the level of the outlet, and add up to the mess on the floor. There was no bucket or mug that could have come to my rescue, but a glass made up of glass( this was quite foolish, I confess). I started to remove the water with the glass and within seconds, I banged it on the wall behind me. The glass pieces scattered everywhere, as aimlessly as the water and started floating along.

Juggling between, trying to stop the unscrupulous flow of water at the source( now with a pan)  and also at the periphery to stop it from trickling down into the rest of the rooms – the living room and the two bedrooms which has a wooden flooring and are about few inches below the level of the corridor, I realised the banality of my action – I knew that this was just not going to help the situation. But then, what would have I done to stop anything anyways. I felt exhausted. I called Sandee. I knew he couldn’t have helped me because he was in Switzerland for work and wasn’t going to be back home before the next evening. But I wanted to get the number of our owner so that I could report this situation to him immediately.

But as luck would have it, I couldn’t get through him. So I just stepped out randomly leaving the situation behind me and rang the doorbell of the only neighbor we have on this floor. After I quickly explained my situation to the lady who opened the door, she was more than happy to help. She walked through the water, carefully saving herself from the glass pieces and tried all her might to stop the flow. But nothing worked.  She quickly summoned her boyfriend who after some minutes of trial and error could successfully stop the flow using the main valve which was placed at the centre of the wall in the washroom ( if only I had known, I could have used it myself. Sigh!) which also meant that there won’t be any water in the rest of the house, till the cork of the tap connected to the washing machine was fixed.

For me, at that moment, what mattered was the situation in hand. The water had stopped and I felt much more in control. The couple was very kind to share their number with me for future help, and they also offered to inform the facility manager in the building or call someone to fix the washing machine. But I didn’t want to do anything further, without informing the owner, except cleaning up the mess.

As soon as I got myself back to cleaning, the doorbell rang quite unwarranted, and there he was – the guy who lives in the house right below us. He was so angry that he just looked on the wet floor, that I was still mopping, blabbered something in German, and walked away. He complained to the facility manager, who came running to my house with the pictures of his house with water seepage everywhere. And what followed was a series of calls from our owner, his wife, and also Sandee who received all my calls and messages at once. I found myself explaining the entire situation to all of them with exact detailing and strange neutrality.

Few hours ago, when the storm was about to hit, I was just contemplating on not having heard the door bell ring for a very long time in my life, exactly for about 612 days, quite unaware of the fact that I would hear only that intermittently for 30 min within that unfortunate 3 hour window. The doorbell kept ringing with the facility manager moving in and out trying to fix the tap with an apologetic face. He couldn’t speak any English, and so I couldn’t really express my gratitude to him in enough words. I was so relieved that the whole situation was now in safer hands. And the guy who was seemingly worse affected in this whole episode realized I had not understood a word of what he had uttered the first time, came back again to clarify. I explained to him, but he was in no mood to listen. I could do very little to convince him that it was just an accident and not a deliberate attempt from my end to drench his walls and that he should just calm down.

As soon as I closed the door to get back to cleaning, some morbid thoughts sprang back to life, maybe because I am reading this novel – ‘The illicit happiness of other people’, which is affecting me deeply at many levels. I realized the fragility of our physical environment and the transient nature of our lives. What if this wasn’t a house and the mere cause of the mishap wasn’t a washing machine. What if I was stranded in an island being flooded so high, that I had no choice, but to embrace death. I shuddered in the moment. Meanwhile, the only other occupant in the house, Mayra,  slipped twice walking over the water, thankfully not hurting herself too much. As instructed, she didn’t really come out of the kitchen till everything was under control. But while I was cleaning the floor, she kept repeating one line – “ its okay mamma. Don’t you give up yet.” ( This line which I had heard her saying for the first time, she has picked up from a book where a girl named Hannah is being potty trained, and accidentally one fine day, she pees in her pants. This is what her mom and dad had to tell her to motivate her. )

In a normal scenario, the owners would have questioned me all over again and inspected the scene, but what seemed like music to our ears was when they told us, that they are replacing the current washing machine with a new one (because it can’t be repaired) checking our availability at home for the delivery to take place. We couldn’t believe it in the first place may be at the oddity of the possibility of solving a situation in such a direct but amicable manner.  Unlike many other places where we have stayed in the past irrespective of the country, we have had varied experiences with the owners. But these guys came across as the most humble and solution-oriented.

There are good days, and also some not-so-good days. What really makes these seemingly bad days etch deep in our memories is the strength with which we came around the situation. The strength of our own will, the support of the people around us, and a few good people who appear just when you need them the most.

Thank you for stopping by and reading through this post. It would be really wonderful if you share a word about what you feel about the above post. Would love to hear back from you.

If you like what, and how I write, and you wish to have more such stories delivered fresh, directly to your inbox, please do subscribe. It’s absolutely free 🙂

Hello! I am Tanushree – A Digital Nomad Mom, Traveler, Travel & Lifestyle Blogger, Instagrammer, Freelance Writer, Photographer, Vegan Food Lover & A Minimalist. I believe in the eternal power of words & pictures, and love expressing myself, by weaving stories & narratives, inspired by real-life experiences.  Let’s collaborate and support each other for the causes we truly stand for and wish to contribute to. Let’s explore. More about Me.